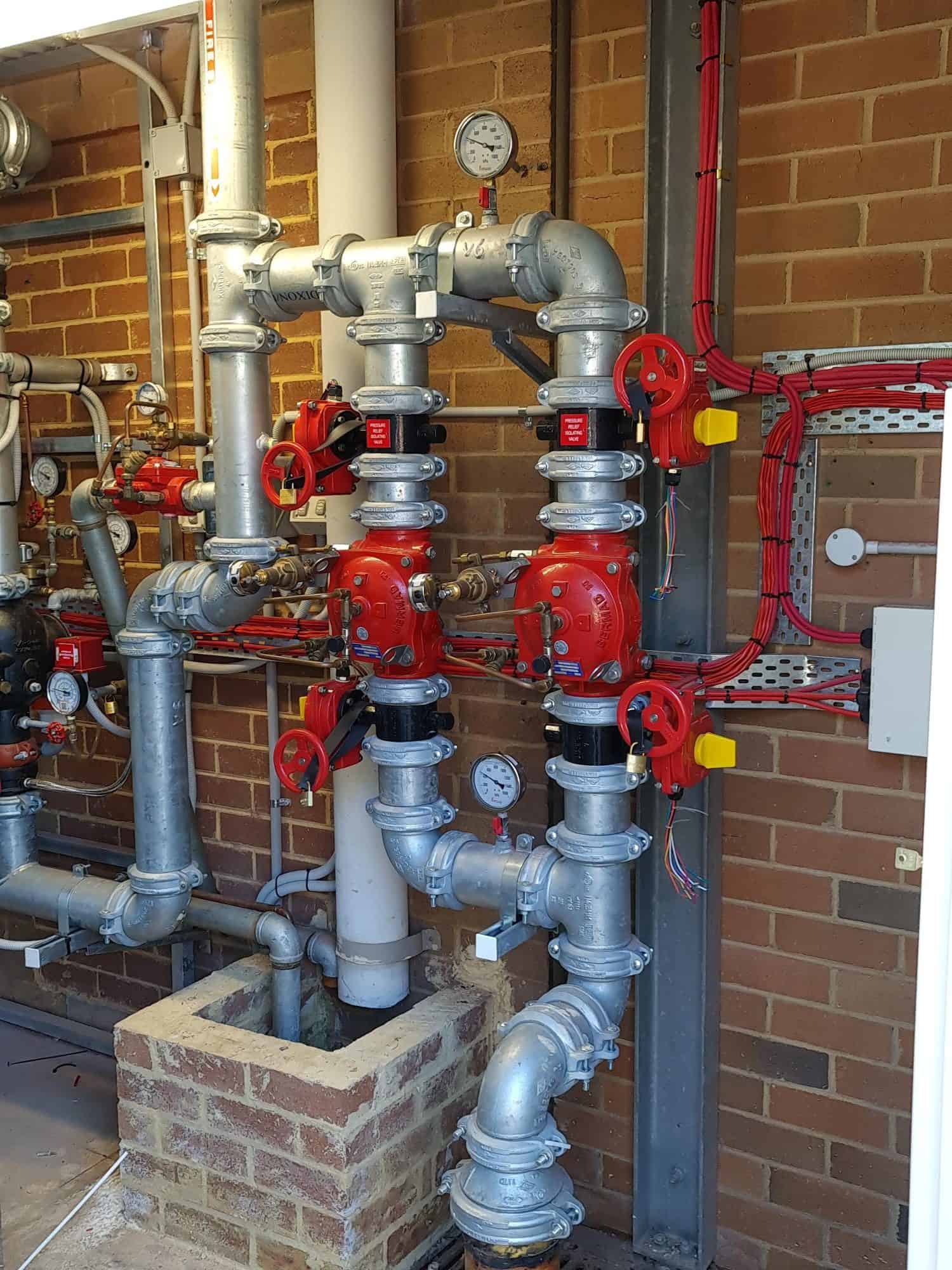 Automatic fire sprinkler systems have been a key building safety regulation in Australia for over 25 years. However, less than half of the commercial buildings, schools and offices have fire sprinklers fitted. Despite the government’s efforts, there is still a long way to go before every building has an automatic fire sprinkler system installed.
Every 4 minutes someone in Australia is admitted to hospital due to a fire injury. These injuries can often be avoided if the right safety measures are taken by property owners, builders and tenants.
Fire sprinkler systems are extremely important as they prevent fires from spreading rapidly through a building. In fact, they cut the spread of fire from an average of 2.1 rooms without a sprinkler system to just 1 room with one fitted! The best thing about them is that you never have to think about them until it’s too late – they spray water continuously as soon as a heat source is detected. Fires can be pretty scary because of how fast they spread and how devastating their effects can be, but if you have an automatic fire sprinkler system fitted then you should feel much safer knowing that you’ll be protected

The history on why they became mandatory

The move to require sprinklers in all new buildings taller than three storeys comes after the Grenfell Tower fire in London, which killed at least 80 people. The new standards will not require that older buildings be retrofitted with sprinklers, however there is a push from some quarters to do so.
Since 1 July 2018, all new residential buildings over three storeys are required to have automatic sprinklers installed.
The measure is part of a raft of changes to the National Construction Code released by the ABCB and endorsed by the states and territories. The changes will also impact apartment buildings built before 1994 which undergo major renovations or additions.
The inclusion of sprinklers in medium-rise residential buildings came into force on 1 July 2019. The NCC is the national standard for residential building construction and incorporates the Building Code of Australia (BCA) and the National Construction Code (NCC). The NSW government introduced a sprinkler requirement amendment last week to the BCA and NCC, which requires all new medium-rise residential buildings — six storeys or less — to include sprinklers, irrespective of the number of dwellings. This follows an earlier NSW government decision to introduce a sprinkler requirement amendment to require all new high-rise residential buildings (more than six storeys) to include sprinklers, irrespective of number of dwellings. That change came into force on 1 July 2021.

The low-down on automatic fire sprinklers

An automatic fire sprinkler is a fire protection system designed to detect a fire and release a flow of water on or under an automatic basis. Automatic fire sprinklers are used in residential, commercial, and industrial buildings as a passive fire protection measure.
The first automatic sprinkler systems were patented in England in 1723 by Daniel Tyer and James Braidwood. These early designs found little or no favor among British builders who preferred the application of water by bucket brigade or other manual methods that did not require mechanical devices.
New York City is credited with installing the first municipal, an experimental installation of eight Braidwood pneumatic sprinklers on top of a ten-story building on Maiden Lane in Lower Manhattan.
The installation was not successful because of the limited water supply from the city’s only fire hydrant system at Tontine Coffee House, located at Wall Street and Broadway, a considerable distance away from the fire.
The first public installation was made in 1873 at Wormley’s Hotel near London Bridge, where it was successful.

So next time you step into a new building or even think about your current one, try to imagine what would happen if there was a fire on the top floor. Perhaps you’re in a crowded public place like a restaurant, waiting for an elevator to take you home after dinner with friends. If the sprinkler system didn’t exist, everything around you would likely be engulfed in flames within minutes.

Mechanism of Starting a Fire