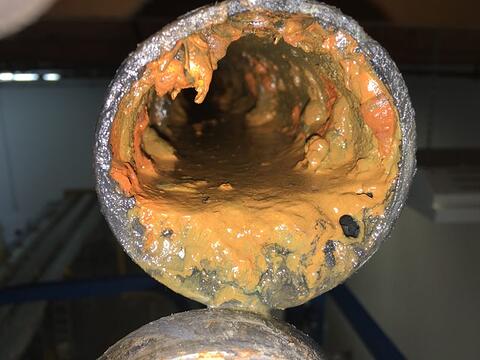 The fire department of Hays, rushed to a hotel in June 2020 to find that it was not only facing a damaging fire, but also a flow of water that threatened to collapse the building. The cause of that threat – a malfunctioning sprinkler system.

The fire department could not effectively take on the fire through conventional methods, but it was able to evacuate the building safely and eventually extinguish the fire. However, this took nearly seven hours, and the hotel sustained considerable damage.

Typically, sprinkler systems are incredibly effective at reducing the impact of fires. The Fire Protection Association of Australia found that 96% of sprinkler systems worked in suppressing fires when they operated properly.

Sprinkler systems provide an important sense of security because of the safety they offer to buildings and their inhabitants. Yet, as with the incident in Hays, this is only possible when the systems are working properly. If not, they can allow and contribute to catastrophic damage.

Most sprinkler issues – such as the one that had occured in Hays – can be avoided through locating and treating the problem in the sprinkler system. But even though you might inspect your own sprinkler system often, some major problems are just not visible. Damage from the inside of the pipes may be the source of the problem, and those are difficult – or even impossible – to detect on your own.

To maintain your sprinkler system’s integrity, AS 1851 – 2012 Section 2  requires inspections as per the standard. In temporarily shutting down the system, this inspection checks the piping for obstructions.

However, this standard may not adequately address the threat of corrosion, which works quickly and undermines the safety of fire sprinkler systems.

Finding the Causes of Corrosion

Because so many fire sprinkler systems are composed of metal pipes, water and compressed air, corrosion is always a risk and can begin quickly.  Corrosion can damage internal piping quickly if conditions are not right.

People might think that water is just water, regardless of the source. But it’s not.” Even water treated by municipalities can be suspect and cause corrosion simply because of the way it may be treated.

To treat water and make it taste better, municipalities may bubble oxygen through the water to settle out iron. But you may end up with an excess of dissolved oxygen in the water, In wet-pipe systems, the dissolved oxygen often causes some of the more insidious problems because it goes unnoticed.

Oxygen should not be overlooked in sprinkler pipework.

Corrosion in piping is generally rust accumulation from the presence of three simple substances: iron, water and oxygen. The removal of just one of these three will stop most kinds of corrosion, but that can be difficult in a sprinkler system where water and iron are often two of the main materials inherent in systems. Oxygen also finds its way into preaction and dry systems because they are designed to be filled with air.

If you have a significant amount of oxygen and water coexisting inside your steel pipes, you can have corrosion and pitting all the way through the pipe wall in less than five years..

This means that the code requirement of checking piping interiors every five years may not be enough. However, there are actions you can take to prevent corrosion issues in your sprinkler systems. 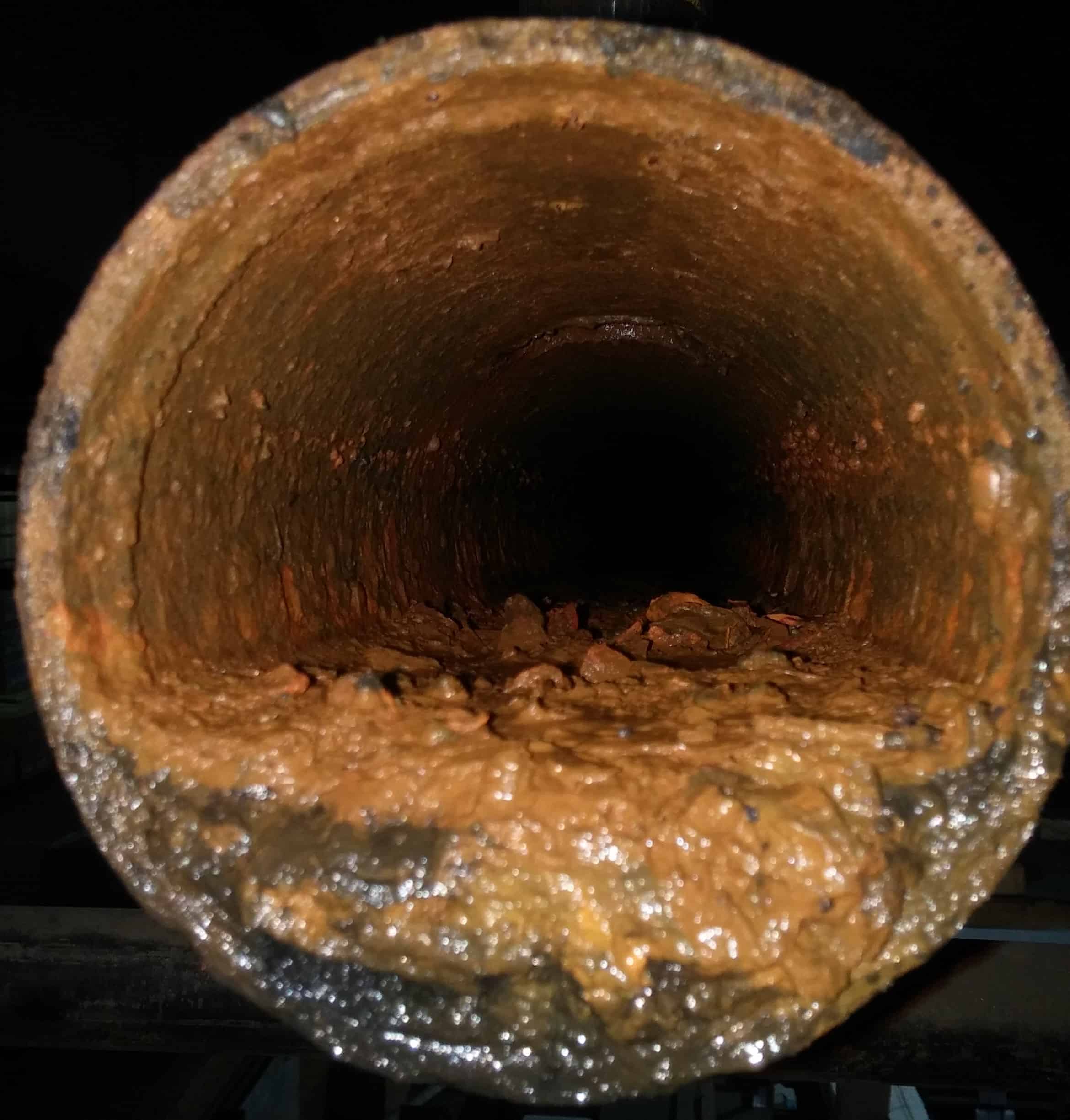 Although they are less vulnerable to freeze damage, dry-pipe sprinkler systems can be more at risk of corrosion than their wet-pipe counterparts. Despite pressurizing pipes with air, dry-pipe and preaction systems can never become perfectly dry. And air in the earth’s atmosphere is composed of 21% oxygen, which is more than enough to kickstart the oxidation process.

The most effective solution to generalized corrosion in dry-pipe and preaction systems is to pump nitrogen through pipes. Because nitrogen does not react with metals, a nearly pure source will slow corrosion. It was found that replacing compressed air with 98% nitrogen gas extends the life expectancy of a sprinkler system by 5.3 times.

For wet systems, be aware of any locations where the piping goes up vertically, as these are areas where air can accumulate. Where trapped air exists, the percent of dissolved oxygen in the water can rise significantly, which in turn can raise the corrosion rates.

Therefore, one air vent (manual or automatic) needs to be installed on every wet pipe system at a high point in order to vent the largest expected volume of trapped air while the system is being filled with water.

If you notice that the water in your wet system looks rusty, do not drain the system and re-flood it again, as the rust forms, the oxygen is being depleted. Ideally, you’ll let that water sit in your system and not replace it because the potency of that water to form corrosion diminishes as the oxygen in the water is consumed.

Draining and refilling the pipes can have adverse results if you are not aware of the chemical make-up of the water. The more you know about your water source, the better you can prepare. Have the water tested to see how the supplier is treating your water and what kinds of chemicals it contains so you can make more measured decisions.

Careful venting of the tubing would help reduce the occurrence of pitting corrosion. Purging the tubes with inert gas such as nitrogen before filling the tube with water would be the other option for removing air from the tubing.

In both systems, using nitrogen could be the solution to ridding pipes of oxygen. Whether you choose a nitrogen-based solution or not, preventing generalized corrosion in any sprinkler system requires close monitoring of oxygen levels in the pipes.

In addition to generalized corrosion, some sprinkler systems have dealt with microbiologically influenced corrosion (MIC), which is corrosion that is promoted by bacteria and other microorganisms.

Recently, MIC has become a hot topic when considering corrosion in fire sprinkler systems, and it had a major impact on how facility professionals went about addressing corrosion. It was noted that many people were jumping to the conclusion that if you had corrosion in your wet-pipe system, it had to be MIC.

But with further investigation into cases where there was a suspicion of MIC, it was much simpler. In every single case, the cause was proven to be the existence of trapped air with the water resulting in oxygen corrosion. MIC has only exacerbated an already existing oxygen corrosion problem.

Although countless systems are needlessly treated for MIC, that does not mean MIC does not exist. Finding out if the corrosion you are grappling with is MIC-related can be frustrating. It requires two tests: the first to test the source water that fills the system and the second test of the water near the site of corrosion in the system.

Instead of this significantly more expensive MIC investigation strategy, a screen test should be conducted first to identify whether trapped air in the piping is causing oxygen corrosion. This is relatively easy to do with a careful external inspection of the system near the site of corrosion to see if the piping orientation (vertical) might trap air.

When it comes to piping material, consensus can be difficult to find. Galvanized steel can corrode once the zinc from its composition becomes depleted. Black steel works well in systems with inert gas systems, but it can corrode easily where there is vertical piping or wherever oxygen can get trapped. CPVC pipes do not corrode because they are not metal, but extreme temperatures and other contents like oils in the water can weaken the plastic.

There’s no single material that is bulletproof. All materials have their Achilles heel, and it’s just a matter of being aware of it and employing proper installation practices. Consult with a professional on what material for piping will work best with your building, as the location, utility, building shape and more are all dynamic factors in the durability of pipes in sprinkler systems.

As you look at your own system, you might find that if you are able to locate areas of corrosion before they become major problems, you can replace the problem areas instead of the entire system. But these problems often persist, so the answer may be in solutions like nitrogen supplies or water treatment. To truly ensure safety, you need to properly plan and invest in a system. Faulty fire sprinklers help no one, so staying ahead of corrosion can save money, property and lives.

Fire Safety Signs and You

What is Fire Compartmentation and Why Should You Care?

True Value of the Fire Consultant