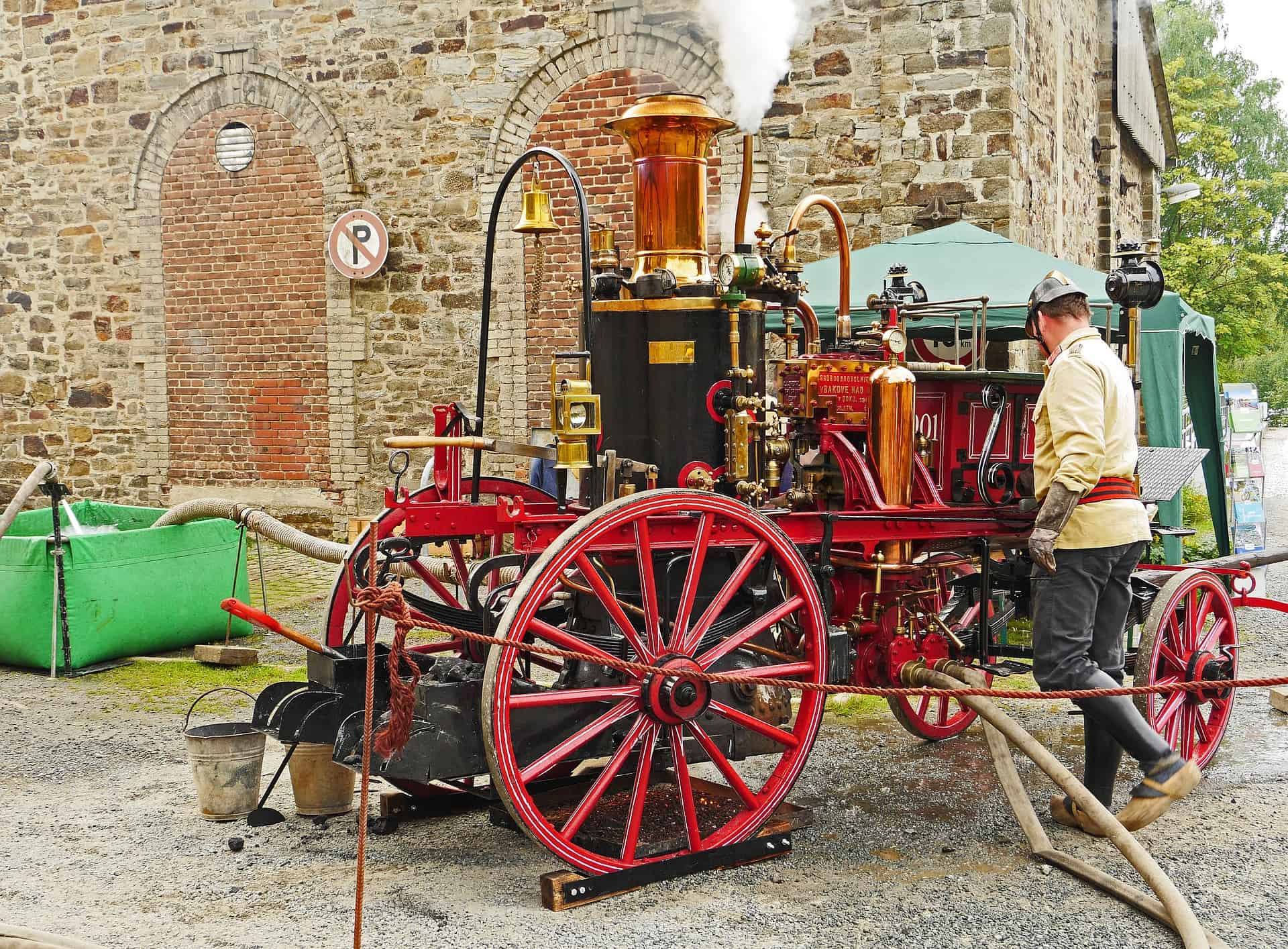 The history of fire and fire fighting dates back to thousands of years. Right from the time man gained knowledge of how to start a fire, accidents related to fire have occurred time and again. With time, we have established many agencies, forces and groups to fight fire and to help people recover form the loss of lives and monetary losses that a conflagration brings about.

Man had learnt to control fire thousands of years back, and archeological evidences found in Egypt and China are a testimony to this fact. According to sources in the history, the first ever fire fighting crew was formed by Caesar to protect Rome against fires.

Let’s take a look at America. Through the history of the United States, there have been massive fires; the first one being at Jamestown in 1608, just one year after it was founded. This was a mass conflagration and led to huge losses of life, property and money. This left the people with only two options, either to move back to England or to face the brunt of the angry Indians and the belligerent winter chill. This was the first major fire in the history of the United States, and many more were to follow.

In 1630, Boston was founded, and this city has probably been a witness to the most conflagrations in the United States. Fires in 1631, 1654 and 1676 hit Boston time and again. These fires accounted for losses unaccounted for even today. The fires were so harsh that it led the administration to give firefighting and fire prevention and serious thought. All this led to the formation of new codes and rules regarding fire fighting, including laws pertaining to the usage of open spaces, fire resistant building material and formation of fire fighting departments. These were the first ‘written’ rules pertaining to fire fighting and prevention.

Again, it was after the first great conflagration of Boston in 1631, that a law banning smoking at public places was passed at Massachusetts in 1638 in order to curtail the devastation caused due to fire and to ban public display of fire-causing elements. Peter Stuyvesant was the first American Governor to form a fire fighting association in the form of the “Fire Wardens” in 1648, who were supposed to protect the new establishments being set up at New Amsterdam (now New York). The ‘Fire Wardens’ was the first fire fighting group in America. Some of the responsibilities of the fire wardens include assuring the safe exit of everyone caught in the inferno, to specially escort persons with disabilities to the pre-defined safe exit, to ensure that all the doors, windows and all equipments that may cause fire in the future should be turned off provided there is no danger to the personal safety of the firefighters. Most of the rules and responsibilities laid down for the fire wardens have served as the base for most of the existing rules and guidelines, especially in the US.
Because Boston had been witness to some of the most devastating conflagrations of the 17th century, the first fire department, engine, and paid firefighters were established here in the later part of the same century.

Following in the footsteps of Boston’s administration, administration of New York also established the Volunteer Fire Department in 1737. According to America’s internal government records, about 73% of all the fire fighters in America have entered via VFDs or Volunteer Fire Departments. The main difference between voluntary fire fighters and regular firefighters lies in the fact that voluntary firefighters do not actually work on fixed shifts and do not reside in firehouses; rather they are called as and when they are needed. Right from the inception of Voluntary Fire Department in New York, firefighters have been coming to the service of the nation time and again through this medium.

Firefighting, as we know today, is not only limited to fighting and preventing fires, rather, firefighters are looked upon as those heroes who have come to the rescue of many lives caught in dangerous situations, be it a child caught on a high rise building or an old woman stuck in a manhole. The role of firefighters has changed over the years, and one major incident in history, which led to this metamorphosis, was the earthquake in 1906 at San Francisco. This earthquake had lasted for more than 90 minutes and had destroyed more than 500 city blocks, killing over 600 people. Firefighters were responsible for saving lives of people caught in the rubble, under the debris or caught in a fire. Traditional roles changed from here on, and led to the new roles of the firefighters, evolving from firefighters to heroes for many.

Even after so many drills were carried out, preventive measures were taken and so many rules were established, devastating fires kept striking from time to time, reminding us of the importance to involve latest technology and ideas in firefighting. One such incident, which happened in the modern times, was the Boston nightclub fire, which struck the Coconut Grove Nightclub, leaving 500 dead, and registering itself as the worst nightclub fire ever in the history.
Things changed with times, and after the Boston Nightclub incident, the use of technology and the sedate use of modernity in firefighting equipment led to the phasing out of traditional equipments. Gasoline driven firefighting engines were introduced in 1900 and the last steam engine had retired in 1932 at New York. The concept of paid fire fighters was also introduced, and caught up with the department really fast. Wes Barnes, was the first paid firefighting chief for the city of Jefferson, and was paid a salary of $45 a year.

In the series of fresh changes pertaining to firefighting and fire prevention, ‘Sparkey’, the fire dog was introduced as the mascot of NFPA as the symbol of national safety in 1950. The story behind Sparkey is an interesting one. Sparkey was a shy puppy, who sat outside the fence of a school and wanted to play with the children, but being shy, this Dalmatian kept away. One day, while following these children to their homes, he saw that the children’s house was on fire. The dog went barking to the firefighting station to call the fire fighters, and this led Sparkey into being the symbol of national safety.

It has not been a comfortable ride for the firefighters and their respective departments. During the September 11 attack on the WTC twin towers and on the days following it, there have been some tragic days for the firemen. During the incident, many firefighters, most of who were voluntary fire fighters, had either gone missing or had lost their lives. There were skeptical views about the then Mayor of New York – Rudy Giuliani regarding the unprepared-ness of the firefighters he had sent on duty, because of which so many of them had to loose their lives. Whatever the end result, firefighters fought the circumstances with full vigor in that situation also, and were the silent heroes of so many lives they had saved.

How Fire Door Specialist Protect You And Your Property

Know Your Fire Classifications, It Can Save Your Life.

The Cost of Fire Protection Negligence: What Can You Lose If You’re Ignorant?