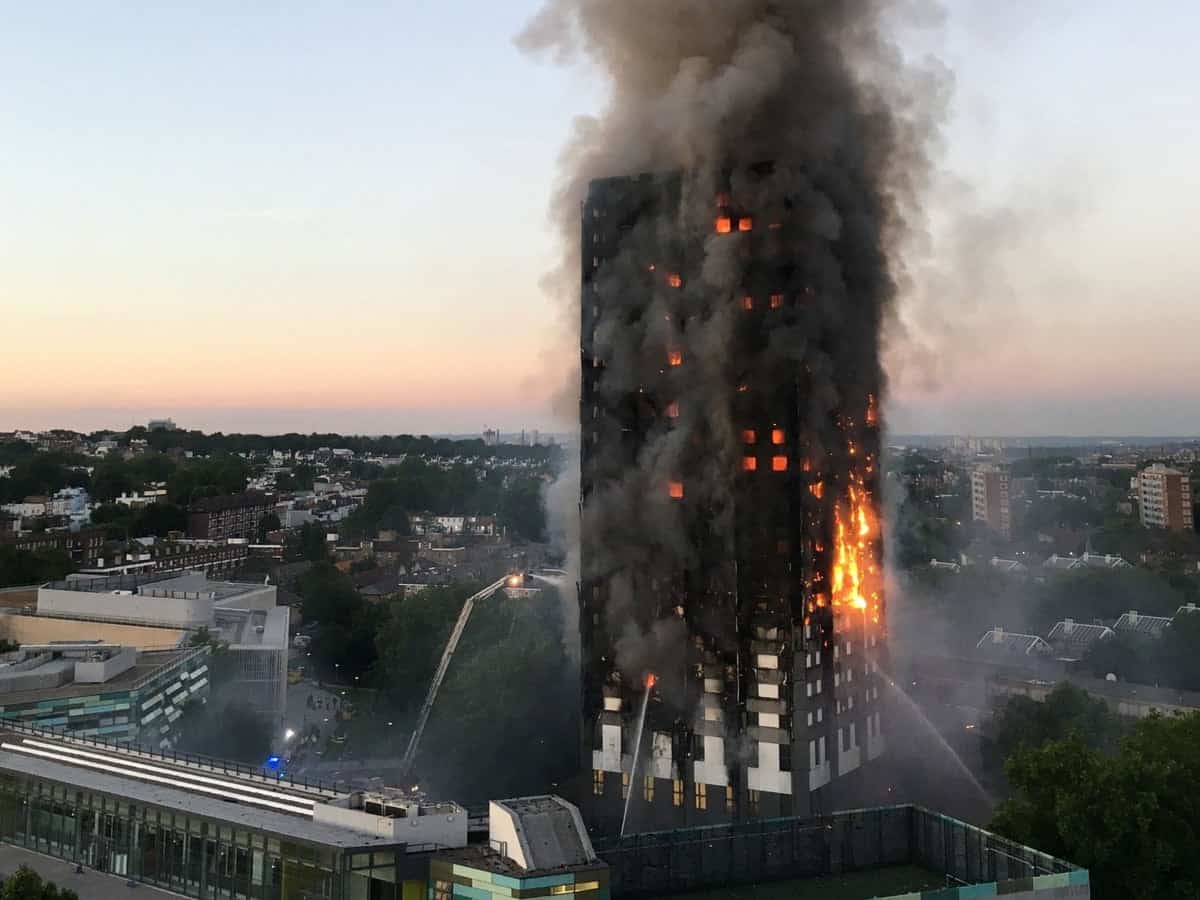 The cost of fire damage in Australian buildings is staggering.

It is no surprise that most, if not all commercial buildings are insured against this factor. Yet companies, businesses and individuals still continue to leave themselves at risk of having a potential fire ravage the premise without the coverage to protect their assets.
While building owners and managers are required by law to have fire extinguishers and a sprinkler systems installed in the building plan, extinguishers alone cannot help much in preventing fires from spreading.
There is nothing more devastating than watching your business come to a complete halt when your premises are left burnt and empty due to a fire incident.
Fire protection products, fire alarms, sprinklers, and detectors are designed to prevent fires or reduce their damage in case they occur and yet these items aren’t on the top of every individual or business owner’s list when starting their day.

The cost of negligence is expensive. It’s important to inspect commercial spaces to protect people from fire events.
What is the cost of negligence? It could be a life, a business or a loss of income.
Ignoring the signs and symptoms of potential fire hazards can lead to serious consequences. A simple inspection can save you money and help prevent fires from occurring.
What are some of the risks without proper inspections? Fires that destroy businesses, lost income, injuries or death caused by not properly inspecting commercial spaces can all result from not taking action.
Many businesses fail to take their fire safety obligations seriously, resulting in devastating losses when a fire occurs due to an equipment malfunction or other accident. The best way to protect your business and property is through an inspection. When you have a plan in place for fires and other accidents, you can minimize the damage they cause. The cost of having an inspection done on your commercial space can save you money and trouble later if something were to happen. If you want to keep your customers safe, prevent injury and keep your business running, get an inspection done today!

“Ignorance of the law is no excuse”. The saying goes that ignorance of the law excuses no one and in fact can land you in even more trouble than intentionally breaking it.
That’s because a person who is unaware of a law, but who breaks it, can be negligent in their actions and held responsible for their negligence.
What are the most common areas where negligence could land you in danger? Here are five examples:
Fire risk compliance: Fire laws exist to protect both your property and your health and safety. Ignorance of fire safety codes is a huge risk factor for your reputation, as well as your assets if a fire were to break out. Many people would rather not spend money on compliance with fire regulations, but the risks associated with ignorance are simply too great for this to be appropriate.
Workplace safety compliance: If you work with dangerous substances or equipment on a daily basis, you must have knowledge of how to handle them safely at all times. Even if you’ve never had an accident before, if someone were to be injured because of your ignorance of workplace safety standards, you could face legal action which would impact on your insurance costs.
Environmental protection compliance: Environmental laws are becoming increasingly stringent as our understanding of environmental issues evolves due to a fire event.

The economic cost of negligence

When we hear about an incident that causes injury or death due to faulty fire safety, it is easy to feel outrage and disgust towards the people responsible for the incident. The public discourse tends to revolve around how much the incident cost in terms of money, time and resources. However, when we scratch beneath the surface we begin to see that there are more costs associated with negligence in this area than those covered by insurance companies. There are other costs that can be understood through a simple example. Imagine you own a restaurant and on one of your busiest nights a fire breaks out in your kitchen, leading to the death of a customer. You will be held responsible for these deaths, not just by your family members but also by the families of those who have died as a result of your negligence. You will most likely be charged with manslaughter or criminally negligent homicide and could face prison time as well as fines. The devastating effect of this incident will be felt not only by you but also by those connected to you, including your family, friends and neighbours.

When fires in Australia, are far too common. They can occur in any type of business, anywhere and at any time. The damage and loss of property can be devastating, regardless if it’s in a large commercial building or a family home. Tackling the issue of fire protection negligence is a priority for the government and industry. Although there are many people who are working hard to stop fires from happening, there are still too many that don’t. The economic and social cost of fire in Australia is staggering.
How much does it cost us each year?
The average cost of a house fire is $100,000. In addition, the average household insurance premium is $1,000 per annum, which means that every day there are 15 house fires in Australia that result in an insurance claim costing at least $150 million.
A fire in a small factory can easily cost more than $5 million. In larger factories it can be anything up to $50 million or more.
If you’re caught up in a fire accident that was caused by negligence then you’ll have to pay for losses out of your own pocket.

So you know what the potential cost of negligence is, but how do you protect yourself against it?

According to the National Fire Protection Association: “The three most effective risk reduction strategies” are education, modification of building and fire codes, and maintenance of fire-protection systems.” This basically means that you should be aware of fire regulations.

The cost of negligence can hang over any business—including yours. So ensure that you engage certified fire protection services to mitigate the risks and allay your legal responsibilities. Or better yet, get a fire safety audit. If all goes well and your audit comes back uncomplicated, you may save yourself millions of dollars in the long run.

Fire Hydrants, Fire Pump Sets, Fire Sprinklers and Everything in Between.

Appliances, Electronics and Wiring Fires can be Prevented

How Will Smart Technology Impact the Fire Safety Industry?