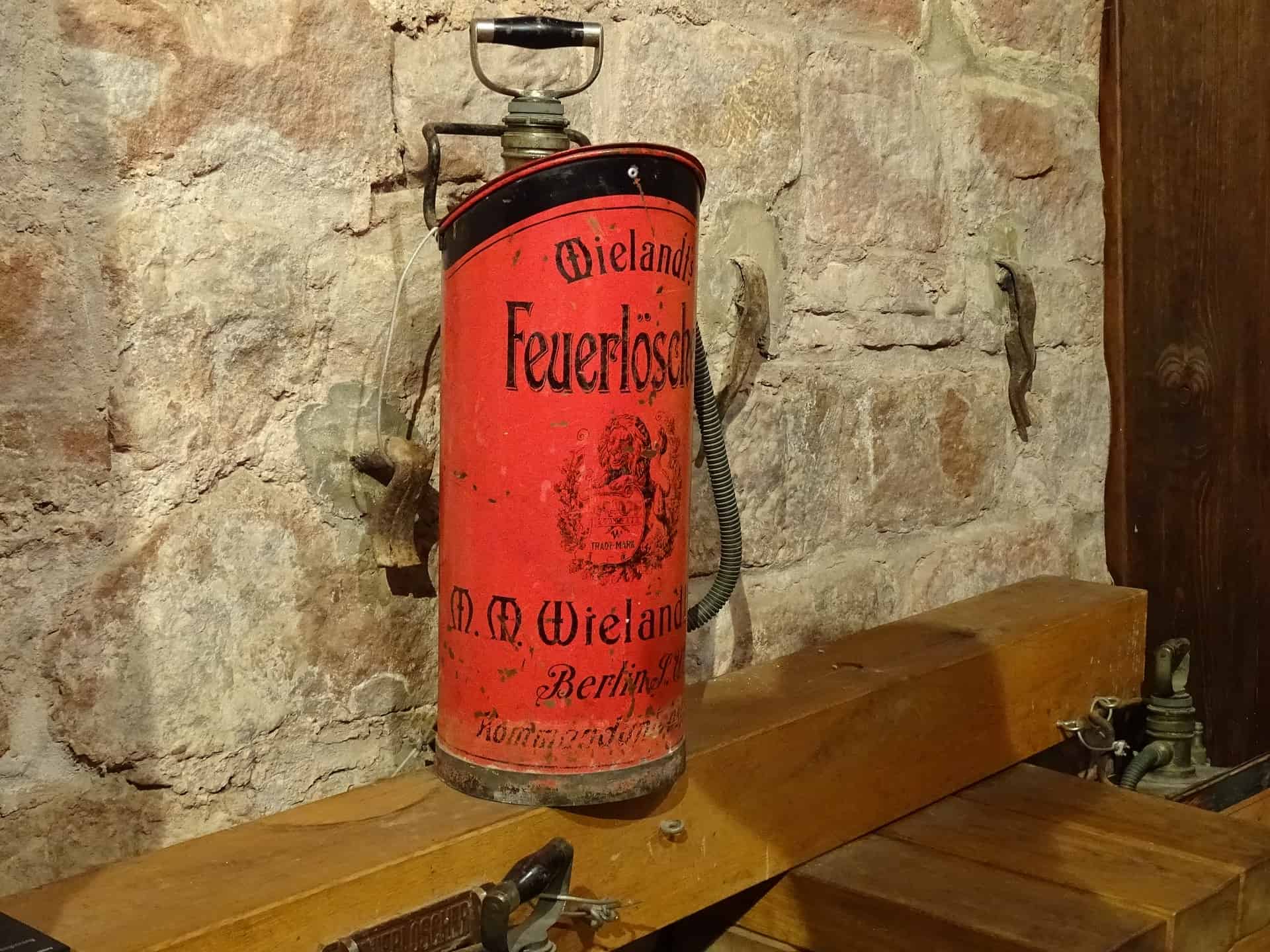 The portable fire extinguisher is an essential appliance in every workplace these days, not least because governments recognizing their vital role in fire safety have made it illegal not to provide them. Have you ever wondered how long these ingenious devices have been around, or who it was who invented them?

Who Invented The First Fire Extinguisher?

The answer to this depends on what you mean by fire extinguisher. The first example of something recognizable as a portable fire fighting device can be found nearly 200 years ago. George Manby made this breakthrough in England in 1813 with what he called an ‘Extincteur’. It consisted of a copper container which had inside it three gallons of potassium carbonate solution and compressed air. This was the first example of the basic principle behind all fire extinguishers today, where a fire suppressant is propelled out of a container by a pressurized gas.

Credit should be given, however, to the chemist Ambrose Godfrey, who devised the first automatic fire fighting device ninety years before Manby’s portable extinguisher. Abrose Godfrey’s fire extinguisher was not designed to be portable, but to be left in place in a room to protect it in case fire started. It could be seen as a precursor to modern day sprinkler systems. Godfrey’s device had a series of fuses, which would be ignited if a fire started in the area. These would then detonate a small explosive charge inside a container full of liquid, which was then scattered around the room, extinguishing the flames.

George Manby’s inventiveness did not end with this device, and he created various other inventions that depended on harnessing the power of small explosions. One of the best known of these was the Manby Mortar, which was used to help rescue ships in distress, by firing ropes from land onto the stricken vessels. His other ideas and inventions included a system to rescue people who had fallen into water through ice and a mechanism to save people trapped in burning buildings by allowing them to jump to safety. He was also the first person to come up with the suggestion that there should be a national fire rescue service.

Who Invented the Soda-Acid Fire Extinguisher

In the US the first example of a soda-acid fire extinguisher is the one patented by Almon M Granger in 1881, who used concentrated sulfuric acid in his version of the fire extinguisher. All soda-acid extinguishers worked on the same basic principle, which was that the acid was contained inside a small vial within the appliance, and one of several systems could be used for releasing the acid into the soda solution.

Usually the trigger to release the acid and mix the chemicals would be either a plunger or other system resulting in the breaking of the vial, or a lever system to release a stopper from one end of it. Either way, once the acid was released, the reaction produced carbon dioxide, which forced liquid out of the appliance in a jet, which could be directed at the fire through a nozzle or hose.

The first known example of a chemical foam fire extinguisher was that invented in Russia by Alexander Laurant in 1905. The idea was very similar to the principles of the soda-acid extinguisher, but a foam compound was included, which caused some of the gas to be trapped in the liquid, producing a foam. The foam compound was apparently often made from licorice root, and this would be contained in the soda solution. The extinguishers were usually activated by turning the appliance upside down to mix the chemicals.

Also known as CTC fire extinguishers, the carbon tetrachloride extinguisher was originally invented by the company Pyrene around 1912. The extinguishers propelled the liquid CTC at the fire by means of a hand pump. The CTC vaporized and produced a thick suffocating blanket over the flames, starving the fire of oxygen and preventing combustion. There was also a ‘bomb’ version of the CTC extinguisher in the form of a glass bottle that you threw at the fire.

The effectiveness of the CTC extinguisher on liquid and electrical fires made them very popular with the automotive industry for a long time, though the by-products of the process could have very serious health consequences, particularly in confined spaces. It was therefore later replaced by extinguishers using less toxic chemicals.

Stored pressure are the most common type of extinguishers, the advantage of gas cartridge being that they are easier to recharge if used fairly frequently. Carbon dioxide fire extinguishers are the only exception to this in that they simply contain liquid carbon dioxide under pressure.

The development and refinement of portable fire extinguishers has come a long way in the last two hundred years. The many different types of fire have now been classified, and all modern day fire extinguishers are given a rating show which type of fires they are safe to use on and how effective they are. These classifications and ratings are an important development because tackling a fire with the wrong type of fire extinguisher can have very serious consequences, such as electrocution cause by using a water extinguisher on an electrical fire.