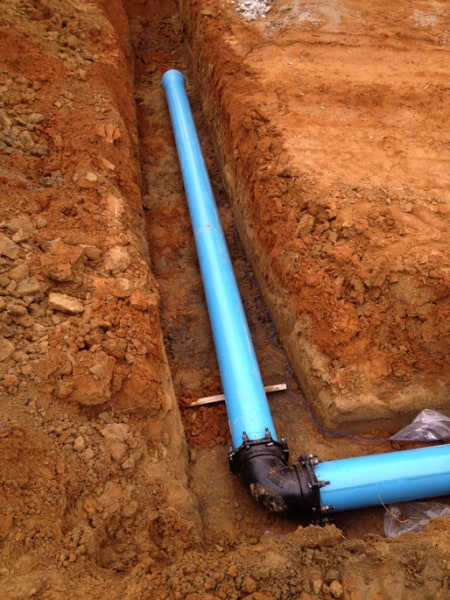 Why So Hard to Detect?

Many of the catalysts that result in problems with a plant’s or buildings sprinkler system go unnoticed until it is too late. One of the most common causes for system damage that is often overlooked is the presence of air pockets within the underground supply piping. These symptoms are often imperceptible unless pressure gauges are closely monitored; allowing these problems the opportunity to intensify until systems experience a false trip or sustain major damage. Fortunately, there are simple measures that can be taken to prevent supply piping air pockets from thwarting system functionality; it is just a matter of best practices and recognizing problems early before they escalate into broken equipment. 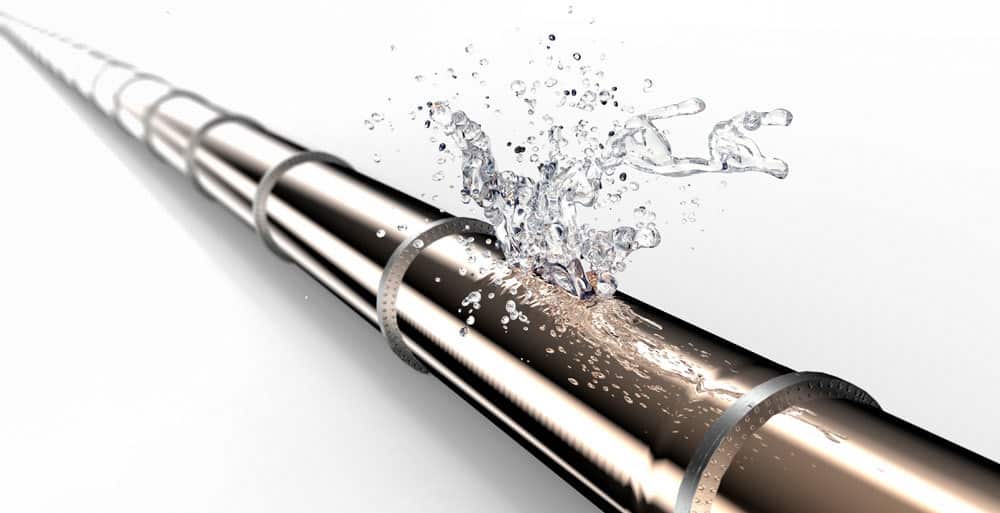 How Does Trapped Air Become a Threat to Sprinkler Systems?

Regardless of how the air enters the system, these pockets will always naturally migrate towards the high points within the supply system. As the air accumulates at these high points, it becomes more difficult for water to pass through these areas because the air acts as a restriction. As the water is forced to pass through restrictions, its velocity will subsequently increase, until it has reached a high enough velocity to dislodge the air. As the water is then stopped again by another high point or the end of a main, the abrupt change in velocity can result in pressure surges or water hammer. Another scenario that can result in water hammer is at the time of system start up. If water enters the empty pipe at a rate too quickly for air to escape, a surge of air pressure caused by the rush of water can create a water hammer. 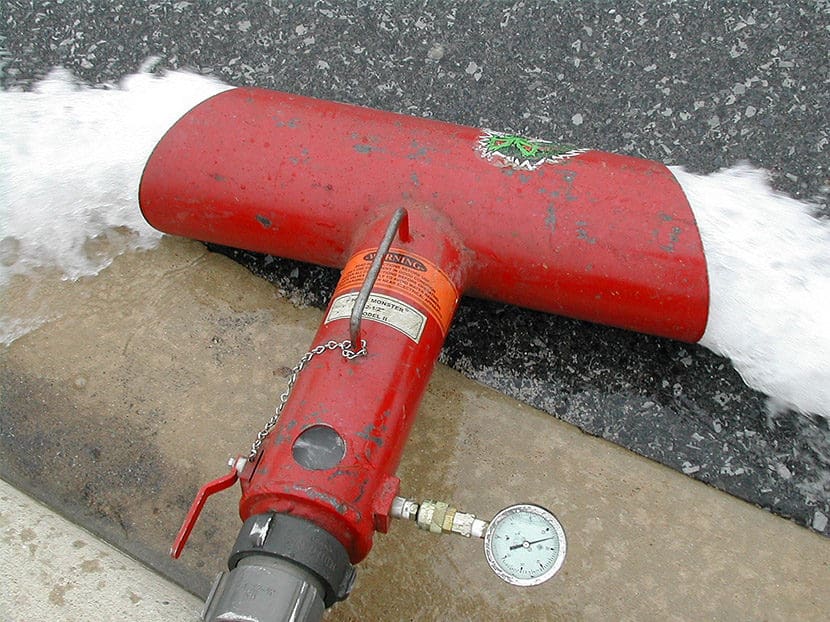 Taking into consideration all of the potential problems that can stem from pressure surges caused by trapped air in a water supply system, the best solution is preventing pressure surges from occurring altogether. There are different methods for preventing air from becoming trapped within a water supply system and the most effective solution involves careful planning that begins in the design phase of a project.

Because air inherently migrates to the high points of a system, underground designs that include many changes in elevation are more problematic than level designs. One of the most critical measures that must be taken to prevent air from becoming trapped within the system takes place after the system has been installed and is being filled with water. Lines should be filled slowly, allowing air ample opportunity to escape from the piping. Additionally, hydrants and lead ins should be flushed in a systematic manner, beginning with the back of the system and moving towards the front, ensuring that every section of the system is thoroughly flushed before being put into use. Air should be bled from all of the high points of the system to expel any remaining air that exists. And, after the system is operational, these actions should be performed on a regular basis to prevent any accumulation of air within the sprinkler pipes.

How Do Air Pockets Form Within a Sprinkler System?

There are a number of ways in which air pockets can develop within a water supply system. When a new system is installed, it is initially filled with air at atmosphere. It is the actions that are taken before the system is put into use that determine whether or not those pockets remain. Similarly, when repairs or outages occur, air is allowed to enter the system, which can create the same problems as when a system is first installed. Another way in which air can accumulate in the system is from the water itself. Over time, oxygen can separate from the water and form air pockets throughout the high points in the system. 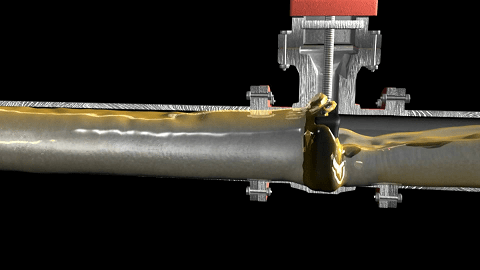 What Are the Consequences of a Pressure Surge?

If caught early, minor pressure surges will have little effect on a facility’s fire protection system. Gauges can indicate that a pressure surge is occurring and the appropriate measures can be taken to rectify the origin of the problem before it causes damage to the system. However, if a surge goes unnoticed and the issue escalates, the consequences can be destructive to the system and its effectiveness compromised.

When a pressure surge occurs within a water supply system, pressure levels can reach upwards of 300 pounds per square inch (PSI) and become trapped on the system side of a sprinkler system valve. The standard equipment associated with sprinkler systems in power generating and chemical processing plants typically have a rating of 175, in accordance with national standards. When sprinkler equipment is subjected to pressures that exceed their rating, equipment can fail and components such as valves and pumps are susceptible to damage. Even if pressure surges of a lower magnitude occur repeatedly, the repeated stress cycles can weaken the system components.

Fire protection systems that suffer damage as a result of pressure surges are rendered ineffective while repairs are being made, putting the facility at risk until the system is functional again.

Alternatively, when damage is not immediately recognized, facilities are subjected to an even greater threat because it is possible that the faulty equipment will not be realized until proven ineffective in the event of a fire.

Perhaps the most prevalent consequence related to pressure surges in sprinkler systems is the occurrence of false tripping of dry valves caused by surges. False discharge that is triggered by a pressure surge is burdensome for plant staff and also takes a critical component of the fire protection system out of service. Once discharge has occurred, plant staff must shut the system down and drain it, exposing the facility to risk while the system is being serviced.

Beyond the issues related to damaged equipment and false trips, the overall performance of a dry sprinkler system can be impeded by the presence of air. If the differential values of air pressure within the system pipes are skewed to compensate for surges, it can take longer for water to discharge in the event of a fire. Excessive air pressure and restrictions caused by pockets of air can result in slower delivery of water to the open head, allowing fires to grow in intensity, making them more difficult to control. 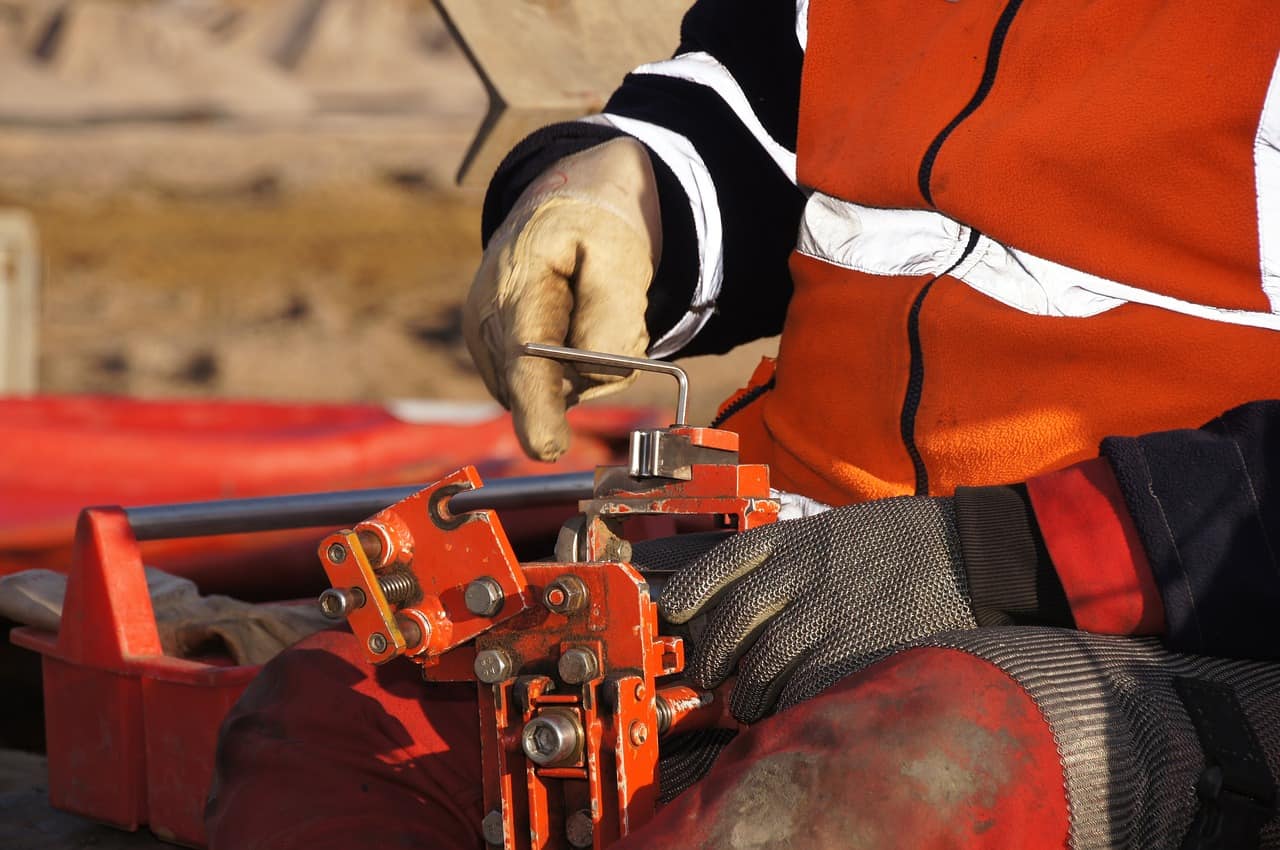 An Introduction to Domestic and Residential Fire Sprinkler Systems